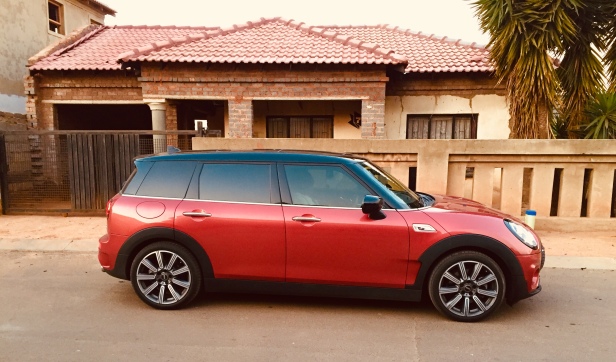 It was in the year 2007 when Mini introduced the Clubman, and while the model has grown to be not so mini at all, it is aimed at buyers who want something more significant and still want to remain within the Mini stable.

The second-generation model of the Mini Clubman was introduced in 2015, and since then, Mini has been playing the refreshing game.

I have had the opportunity to sample the refreshed Mini Cooper Clubman S, and while the refresh did not bring with it notable changes to the car, it’s worth mentioning that the update has somehow breathed a fresh look and feel of the Clubman S.

My test unit spawned an extra dose of ‘Britishness’ in the form of ‘Union Jack’ rear LED lights while the front end boasted a new chrome grille design.

As I mentioned earlier that the Clubman is for those that seek space, it sits five passengers and has a sizeable boot space measured at 360 litres – 1 250 litres when the rear seats are folded flat. The boot was able to swallow a few items as well as my daughter’s car seat.

All Mini models are the same inside, and this one is no exception. You get the same well-built dashboard with the central infotainment system. There is a dominant central dial for the sat nav and infotainment displays.

My test unit came fitted with every optional extra that you can think of, but I wish it came with paddle-shifter for proper engagement.

On the road, the Mini Clubman S shines with its 2.0-litre four-cylinder engine with 141 kW of power and 280 Nm of torque. It boasts a softer suspension that cushions even the harshest bump on the road. Body roll is minimal as I was able to throw it even at the highest curve.

It does not feel big, and it still possesses that same excellent driving position and driving dynamics. The 7-speed Steptronic transmission with double clutch delivers smooth gear changes with all durable pulling power in all the gears.

It has three driving modes that are activated by fiddling with a switch that is situated on the dashboard.

The Green driving mode is best if you want to drive comfortably while saving some fuel.

Mid makes the vehicle a bit less energetic but in a right way, and Sport makes the car ready for some harsh treatment.

In terms of fuel consumption, Mini claims the Clubman S returns a combined fuel economy of 5.6l/100km; however, I was far from that even with most of the driving in Mid mode.

The Mini Clubman S is one of those vehicles that I always find hard to fault. It makes such a viable family car that still retains its fun element.