The last time I got behind the wheel of the Datsun Go was in 2019 when I sampled the then range-topping GO in Lux guise and I still remember vividly how the car made me feel. 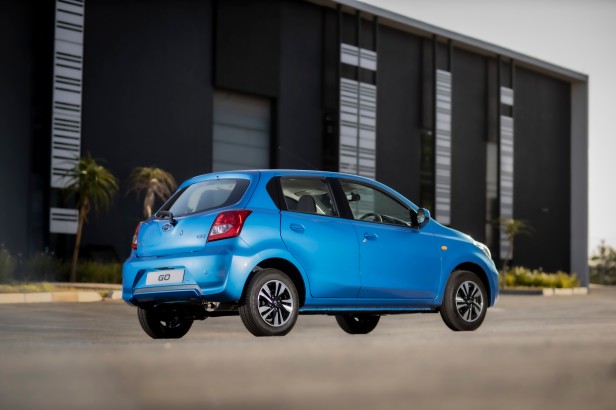 Truth is, Datsun has been trying so hard to improve its Go with the year 2018 seeing the introduction of dual airbags as well as ABS systems – safety features that the Go lacked when it launched locally in 2014.

This is another story for another day but it’s worth mentioning that the safety of the Datsun Go remains questionable despite the brand trying so hard to win hearts. For example, the structure of the Go remains unchanged – something that further makes me wonder how this new vehicle performs in crash tests.

Well, as I mentioned above, that is another story for another day.

Back to the Datsun Go CVT, this model tops the list and adds just the five-speed CVT gearbox. An additional R14 000 to the Go Lux gets you the CVT transmission, well, if my Grade 12 mathematics serves me well.

I am not a fan of CVT transmissions because they get very annoying more especially under intent acceleration prowess, however, the one fitted in the Go is not really one to complain about. It does whine but the whining settles when the vehicle has picked up enough momentum to keep up with the moving traffic.

This left the impression that the Datsun Go CVT behaves fairly well when driven in urban areas.

The 1.2-litre three-cylinder engine with 57 kW and 104 Nm is the same unit that powers the Go range but for the Go CVT, it was massaged to churn a bit more oomph and it delivers adequate shove when requested to do so. 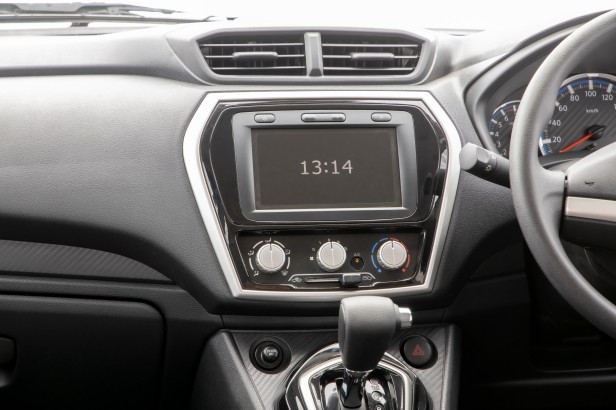 Compared to its relative cousin, the Renault Kwid, the Datsun Go CVT, drives better and makes such a viable run-around car. However, handling is not as I would like it to be as it has a tendency of jittering all over the road – something that prompted me to always fight to bring it back to the line.

In the fuel consumption stable, the Go CVT shines with its good 5.7l/100km consumption figures compared to the 5.5l/100km claimed by Datsun.

Snags that I complained about in my Datsun Go Lux review are still there, things such as the huge amount of wind noise that gets into the cabin even at low speeds and very cheap interior feel.

On the positive side, the Datsun Go CVT comes with a 7-inch touchscreen that has Android Auto and Apple CarPlay functionality. The system is easy to fiddle with, however, finding the USB port’s location was a mission.

There is also Bluetooth connectivity and an AM/FM Wave radio.

Priced at R187 900, the Go CVT makes a buyable option but the city car segment is one competitive one.

There are other automatic options such as the Hyundai Atos and Kia Picanto. These do not only drive better but are guaranteed to leave you with a smile.